This past Summer, Unite Here Local 11 was working overtime to stay in touch with its friends on the City Council, part of an effort to advance the union’s controversial bill regarding hotel housekeeper scheduling. And it worked — the Council voted to pass that bill into law at the end of August.

But this shouldn’t come as a shock. We already know the City Council worked closely with the union on this ordinance from the very beginning. Last year, it was the Council that instructed Local 11 to go through the city’s Commission on the Status of Women in order to get its suggested regulations in front of the Council. Then, the Commission essentially copied and pasted language from a union memo into its letter of recommendation to city staff.

The union has enjoyed the upper hand throughout this whole process — from Local 11’s inside man at City Hall who added a last minute union-request to the bill, to the Council’s blatant disregard for hotel housekeepers who spoke out against the legislation.

Email exchanges between the union and Councilmembers leading up to the August vote provide a glimpse into Local 11’s cozy relationship with City Hall.

When Danielle Wilson, a Local 11 employee, sent around an article last June regarding an Oakland judge’s decision to uphold a similar Local 11-backed law in the city, she received positive responses. Councilman Ted Winterer said, “Good news,” while Councilwoman Sue Himmelrich exclaimed, “Great result!” Clearly, both were already big fans of the legislation. 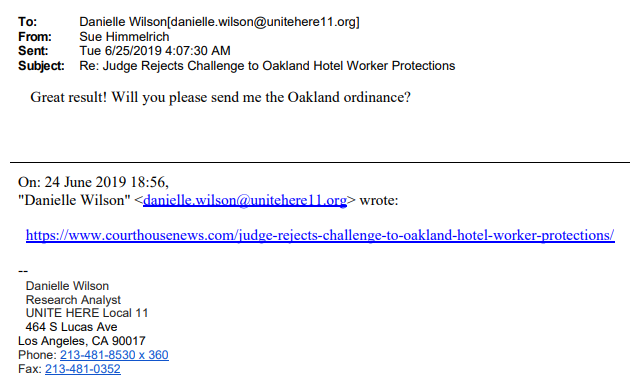 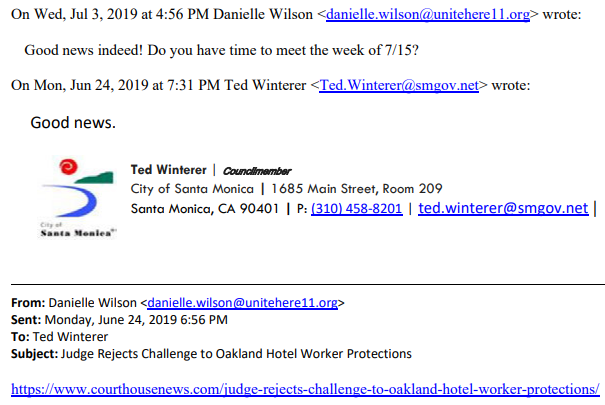 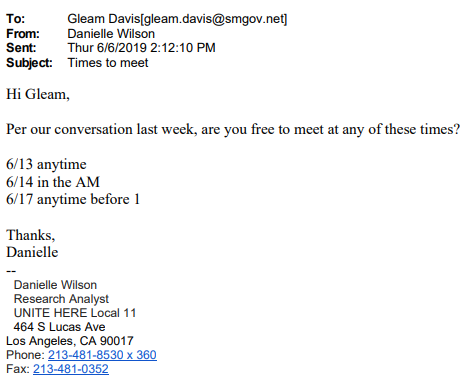 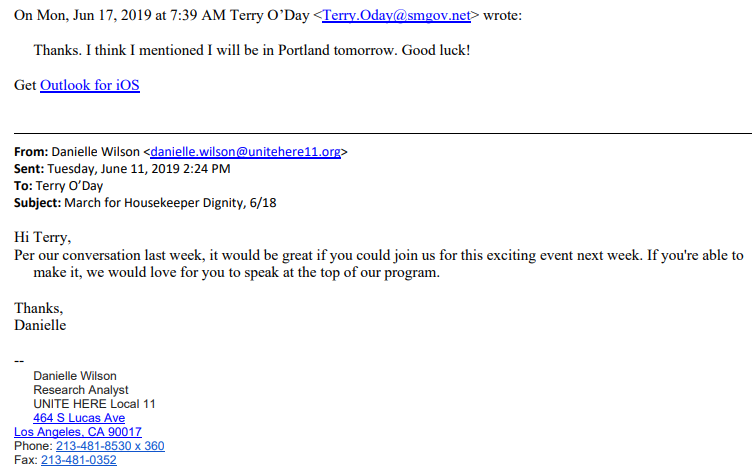 It’s evident that Local 11’s rapport with City Council pays off when it comes to promoting the union’s agenda. Unfortunately, there’s no place for the city’s hotel housekeepers in this “special” relationship.