Numerous housekeepers testified against these work rules and asked the Council to reconsider the proposed scheduling regulations. Their testimony was emotional, describing how the law could jeopardize their livelihoods and limit their ability to provide for their families. They worried about losing their full-time benefits, and the inability to earn extra pay incentives through the current cleaning system.

But their concerns apparently fell on deaf ears. Councilmembers sunk as low as to aim patronizing questions at the housekeepers. Even worse, former Mayor Jim Conn sought to debase the women of color who were trying to defend their livelihoods by dubbing them nothing more than “astroturf.”

Considering the Council’s union bias, it’s no surprise that Local 11-represented hotel employees, who testified in favor of the bill, were not subject to the same accusations. City Council has been working behind the scenes with Local 11 and the city’s Commission on the Status of Women since the beginning to get this legislation passed into law.

One Councilmember in particular seems to have acted as the union’s “inside man.” Kevin McKeown adjusted the legislation’s language at the eleventh hour at what we now know was likely the union’s request.

So where does this leave hundreds of the city’s hotel housekeepers, many of whom think this law will only hurt, not help them? They should be able to rely on the City Council to protect them; instead, their concerns continue to be overshadowed by Local 11’s relentless influence at City Hall. 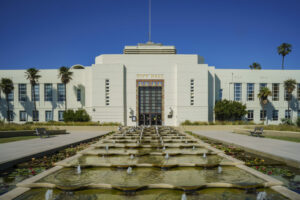