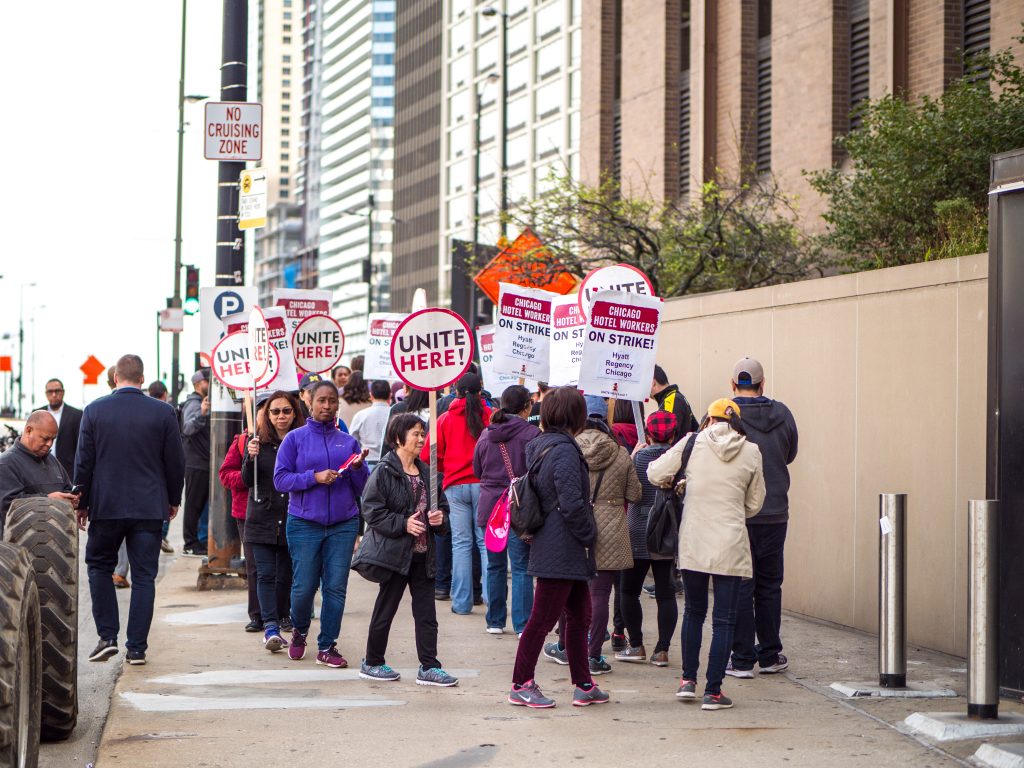 Who’s Afraid of the Big Bad Union — Or its Leader?

Unite Here Local 11 co-president Ada Briceño wears many hats: She’s chair of Orange County Communities Organized for Responsible Development (OCCORD) and chair of the OC Democratic Party. But, apparently unsatisfied with the power she currently wields, Briceño is vying for yet another role — a spot on the Democratic National Committee.

However, it seems Briceño might not be as popular a candidate as she’d like us to believe. In her last reelection to the OC Democratic Central Committee, she barely squeaked by.

One commenter suggested, among other things, that voters could find her “attempts to juggle simultaneously serving as party chair and being a union boss” problematic. Or, perhaps it’s Briceño’s track record for age and race discrimination — and her union’s history of unfair labor practice charges — that has something to do with her less-than-stellar margin of victory.

But here’s the bigger takeaway: If Briceño’s influence isn’t all it’s cracked up to be, perhaps neither is that of her union.

Local 11 is used to getting its way in Southern California — no matter the cost. But lately, some localities have been fighting back.

Most recently, the city of Burbank called out Local 11 for its shady signature collection methods. The union had filed a petition with the city looking to overturn the approval of a mixed-use development, which would include a seven story hotel. The petition would have put the development’s construction up for a vote on the November ballot.

But the city rejected the union’s petition, claiming it was missing a crucial section. Apparently, Local 11 neglected to include part of the development agreement, which laid out what the city was requiring of the project’s developer. According to the Burbank city clerk, without this document “neither the potential signers nor the signature gatherers would have been able to clearly identify the conditions of approval to consider and evaluate.”

But suspect signature collections are nothing new for Local 11. The union recently submitted a petition in Santa Monica where between one-quarter and one-third of the signers were estimated to be inaccurate.

Rancho Palos Verdes is another city that recently proved it can recognize a self-interested union scheme when it sees one. Last November, RPV voters overwhelmingly rejected a union-backed ballot measure that would have instituted harmful regulations on how hotels schedule their housekeepers. The measure was presented as a well-intentioned push to provide workers with panic buttons, but in reality, it would have hurt the very employees it claimed to help.

It turns out, it’s not impossible to stand up to Local 11. You’d hardly know it judging by some of the recent decisions coming from Santa Monica’s City Council. But SaMo residents should keep the victories of neighboring cities in mind as the city-wide debate over the “Plaza” (a development heavily backed by the union and held in contempt by many citizens) continues to play out.