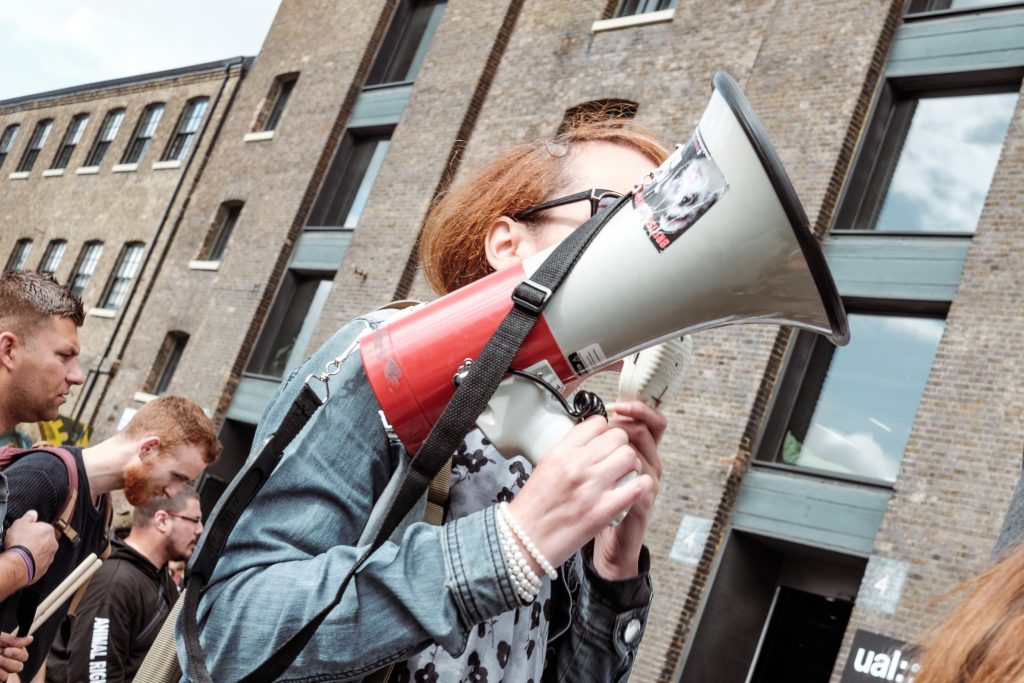 On Wednesday, UNITE HERE Local 11 was back at it protesting Airbnb rentals—which the union calls “bootleg hotels”—and their threat to union dues revenue. But rather than standing outside the company’s headquarters, Local 11 picked an apartment building where a handful of units may have been rented on Airbnb.

Not surprisingly, the protest wasn’t well-received in North Hollywood, where Local 11 picketers stood in front of The Hesby apartment to picket and chant for all to hear. Per usual, they started the protest at 7 am to get residents out of bed, chanting “Justice now! When do we want it?” and “This is our right!”

Well, The Hesby’s residents were right to be angry, as many were awoken and forced to watch from their balconies. Others directly confronted the union. One man stormed out and yelled: “I want to f*cking sleep—everybody wants to f*cking sleep here, it’s 7:30!” Another man yanked signs from the protesters and ripped apart a pile of protest signs on the ground.

Janet Elizabeth Fortener, who was staying at her boyfriend’s apartment, came out with a counter-protest sign reading: “I JUST WANT TO SLEEP IN ? PLZ PROTEST L8R.”

Therein lies the irony of Local 11’s protest. Many of those awoken don’t even live at The Hesby or have anything to do with Airbnb. In Fortener’s words: “So none of these people live here, though, so they’re protesting Airbnb in general. So they’re hoping that by waking all of the residents up, they’ll say, ‘We don’t want Airbnb anymore,’ and they’ll get their way?”

Local 11’s ruthless pursuit of dues money has made the union many enemies like her across Los Angeles County. More than 73 percent of Santa Monicans “don’t support” the union’s disruptive tactics, including 7 am protests and noisy bullhorn use.

Unfortunately for them, Local 11 has shown no signs of letting up—or common decency.